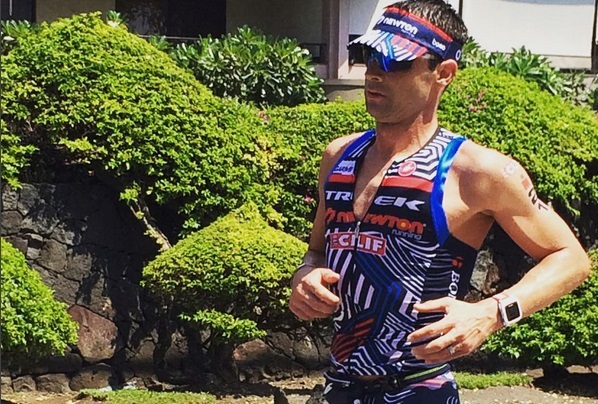 Frequent readers of our blog will note that it is easy to simply state the benefits of SaltStick. However, we believe it is important to go beyond simply telling you about how SaltStick can help replace electrolytes to keep an athlete hydrated, and instead show you a real-life example.

Tweet this post! “Electrolytes and the Effects on Performance: Case Study of @SaltStick in Use at #IMKona: http://bit.ly/1MdrxCI #Nutrition“

While SaltStick can be used by athletes in all types of weather (including winter weather), it is highly suited for long-distance endurance athletes racing in hot conditions. These conditions describe Ironman Kona perfectly. And because the World Championships is every triathlete’s favorite race to follow, we thought IM Kona 2015 would make a great case study for how SaltStick benefits long-distance endurance athletes.

This blog post serves as an example of SaltStick in use, and it covers topics including:

Kona never fails to disappoint. Each year, top athletes in triathlon battle it out in the hot and humid temperatures of Hawaii for the chance to be crowned the ultimate Ironman World Champion. The 2015 Championships were a little more drama-free than last year (there were no fierce battles for first place, as both male and female leaders led pretty much throughout the entire race), but it was still awe-inspiring to watch these athletes push themselves.

In the end, Germany’s Jan Frodeno led the men’s field to capture the title of World Champion and make history — He is currently the only athlete to win both an Olympic Gold Medal and win the Ironman World Championships.

In the women’s race, an early DNF from last year’s champ Mirinda Carfrae (due to complications from a bike accident) left the field wide open. Ultimately, Daniela Ryf from Switzerland would get to the front of the pack in the bike and stay there, winning with a finish time of less than 9 hours.

For a full race recap, check out Lava Magazine’s post-race coverage (Click here for the men’s race and here for the women’s). Also, our friends at Lava Magazine have some spectacular race photo galleries that detail the 2.4-mile swim, 112-mile bike ride, and 26.2-mile run.

We traveled to Kona as well to support athletes and retailers and to watch the race. Top pros, including 3rd-place finisher TIm O’Donnell and 5th-place finisher Tyler Butterfield sported SaltStick dispensers on their bikes. (For a full list of pros who were likely using SaltStick and their finish times, scroll to the bottom of this post.)

Of course, there were more than just pros who used SaltStick, and we spotted dispensers attached to many bikes at athlete check-in.

Why was SaltStick helpful to Kona athletes? Because each Saltstick Capsule contains a balanced supply of electrolytes lost through sweat in a form that the body can easily absorb.

Replacing Electrolytes Lost Through Sweat: As we noted in our post about humidity vs. dry heat, one element of heat adaptation in humid environments is an increased sweat rate. Kona is renown for its high temperatures and humidity, making it arguably the toughest Ironman race in the world. Athletes in Kona had to fight to stay cool in these extreme conditions or risk overheating, which reduces performance and all but eliminates any chances of scoring a podium spot.

In order to help their bodies keep up the sweat rate, the Kona athletes needed to replace the copious amounts of water and electrolytes lost through sweat to prevent bonking, cramping and other heat-induced performance reduction. A balanced supply of absorbable sodium, potassium, calcium, and magnesium, such as that provided conveniently in a SaltStick Capsule, was one of these athletes’ top weapons against this loss in performance.

Balanced Supplies of Electrolytes: Hydration is more than simply replacing water and electrolytes; the Kona athletes needed to also think about balance. Four electrolytes in particular play a pivotal role in maintaining normal human muscle function: sodium, potassium, magnesium and calcium. A shortage of any of these electrolytes will affect athletic performance through a range a subtle to serious side effects.

As we pointed out in our ratio-based hydration blog post, these four electrolytes lost in a 220-63-16-8 ratio for the average athlete. SaltStick Capsules played an important role in rehydrating the Kona athletes by providing these electrolytes in the same ratio and in a form their the bodies could easily absorb.

Why Sports Drinks are not Enough: Sweat typically has about 1000 mg sodium/liter; however, a typical sports drink has 440 mg sodium/liter. Increasing sodium beyond this level results in a less pleasant taste, closer to sea water. What does that mean? It means supplementing with a sports drink may only replenish half of the necessary salts. And as we wrote earlier, low electrolyte levels can hurt performance.

If, during the course of the race, the Kona athletes ingested nothing but sports drinks (or worse, water), they would have become hyponatremic, a dangerous condition in which sodium levels are too low. Many sports drinks also do not address any form of supplementation of the other key electrolytes, potentially causing yet further cramping and muscle issues.

The Scientific Proof Behind Our Claims: We do not want to offer claims about SaltStick Caps’ effectiveness without showing you the proof. There are hundreds of studies demonstrating the importance of electrolytes to endurance athletes, but we would like to call attention to one in particular. Earlier this year, we published a blog post about a study in Spain that examined the effects of electrolyte supplementation on endurance performance. Check out the original blog post for greater detail, but a summary is below:

The study: Researchers at UCJC divided 26 triathletes into two groups. The first group completed a medium-distance triathlon (the segments added up to approximately a 2K swim, 90K bike and 21K run) consuming sports drink as they usually would, but also consuming SaltStick Caps in order to replace sodium lost through sweat. The second group completed the same distance while consuming sports drink as they usually would, but they received a placebo capsule with no extra sodium. Researchers were aiming to replace about 70 percent of sodium in the first group, but only about 20 percent in the second group, the sole difference due to the electrolyte capsules.

When the triathletes completed the race, researchers tallied up finishing times and found that the triathletes who consumed the SaltStick Caps finished in an average of 26 minutes (8%) faster! The increase in speed usually came from improved cycling and running times, which come later in the race after electrolyte levels begin to decline.

The Takeaways for Athletes: In order to perform your best, you will need more than just water and a haphazard plan to replace electrolytes. Sports drinks do not replace adequate sodium levels, which could lead to hyponatremia, cramping or a general loss in performance. SaltStick Caps contain all key electrolytes in the proper ratio and in a form that the body can easily absorb. They have been scientifically tested and proven to help boost performance.

In other words, with SaltStick, there is not much thinking required on your part. Ratios are great because they are intuitive, and SaltStick Caps allow you to focus on your training or racing, and not on doing math in your head! After you adjust your SaltStick Caps and water intake based on the conditions and your unique needs, you are free to accomplish what you set out to do: get in an awesome workout or race! No thoughts about ratios. No worries of becoming dehydrated. No lists you will need to follow.

To learn more about SaltStick products, please click the links below.

What are the Athletes Saying about SaltStick? Anecdotally, we can offer further proof of SaltStick’s effectiveness. Instead of telling you about our product, we’ll let these other athletes take it away:

Here is a list of the pro results who likely used SaltStick products…and you can be sure others did as well!