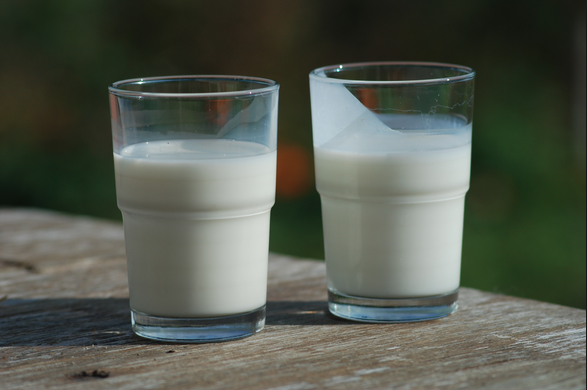 This is the last week of #30SaltyDays, and we’re giving you the full scoop on calcium. While you likely know all about its importance for maintaining strong bones, you’re probably unaware of the many and diverse ways the body uses calcium for endurance success. From fat burning to muscle contraction, calcium plays a role in keeping your body moving through every arm stroke, pedal stroke, and step of training and racing.

This post is part of our #30SaltyDays summer campaign, in which we hope to educate YOU about the benefits and science behind electrolytes. Follow the campaign with the hashtag #30SaltyDays on Facebook, Twitter, Instagram and the SaltStick blog. We’re offering our brand new product, SaltStick FASTCHEWS, as a GIVEAWAY for participants. More information here: http://bit.ly/1Rz0avu.

How does the body use calcium?

Bone strength: This one is a little obvious, but we’d be remiss if we didn’t mention that calcium is necessary for strong bones — especially in high-impact sports such as running or tennis. The skeletal system is partially made of calcium, and the constant breakdown and build-up of bones through impact requires adequate calcium levels in your diet. Nutritionists often recommend higher levels of calcium for endurance athletes, yet many athletes do not get the recommended daily amount of 1,000 mg per day for men and 1,000 – 1,300 mg per day for women. Additionally, the National Institutes of Health has published data that link inadequate calcium intake with higher levels of risk for osteoporosis.

Muscle contraction: As far back as the 1960s, scientists have known that muscle contraction is partly caused by calcium. Nerve impulses stimulate muscles to contract by pumping calcium in and out of the cells — a process known as the “calcium pump.” The difference concentrations of intra- and extracellular calcium ions during muscle contraction has been documented by several studies, including this 1975 Biophysical Journal study. Because of its importance in the muscle contraction process, low calcium levels are often thought to contribute to cramps.

Improved fat burning: Fat-burning is especially important to endurance athletes. While glycogen stores are limited, fat is a nearly unlimited energy source, provided the body is efficient at burning fat during exercise. The greater an athlete’s ability to burn fat, the higher his or her endurance will be. A 2012 study out of the University of Central Lancashire concluded that “calcium plays a multifactoral role in performance enhancement of endurance events … via a combination of influence on substrate metabolism and body composition.” Participants exercised 60 minutes on a stationary bicycle after four weeks of calcium supplementation, and researchers observed increased fat oxidation during exercise. Researchers also noted increased power output — without increased oxygen consumption — which indicated improved cycling efficiency.

Improved weight loss: Calcium is needed to activate lipase, the enzyme that breaks down fat stores to produce energy, and a calcium deficiency impairs this process and hampers weight loss. Researchers in the 2012 UCL study (mentioned above) noted that “calcium supplementation significantly improved body composition of the participants with a greater fat loss and increased lean mass.” Also, a 2006 study by researchers at the University of Washington examined data from more than 5,000 women aged 53 to 57 over a ten-year period. They found that while most of the women gained some weight, those who consumed at least 1,100 mg of calcium per day (the recommended daily amount is 1,200 mg per day) gained two pounds less than their counterparts. The study also indicated calcium supplementation could aid in weight loss.

Sweat: Like all electrolytes in our #30SaltyDays series, calcium is lost through sweat. That’s why each SaltStick Capsule contains calcium in an amount proportional to the other electrolytes in sweat.

Should endurance athletes care about calcium?

Moreover, low calcium levels can greatly inhibit your ability to perform in training and on race day. The American Association of Endocrine Surgeons provides a great graphic (see below) illustrating the effects of low calcium levels in the blood. Blood-calcium levels are controlled by the parathyroid gland, and if levels drop too low, the gland will release hormones that (1) cause the intestine to absorb more calcium, (2) cause the kidneys to retain more calcium, or (3) cause the body to break down bone. 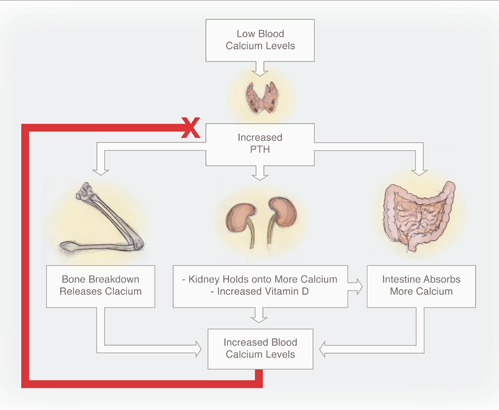 The last effect (breaking down bone) is particularly concerning to endurance athletes because the body already undergoes high levels of stress on the skeletal system from impact (largely through running). A 2012 study found that adolescents and adults who participate in endurance sports, such as running, and non-weight-bearing sports, such as biking and swimming, often have lower bone mineral density (BMD) than athletes participating in ball and power sports, and sometimes their BMD is lower than their inactive peers. It’s important to note the link between endurance sports and bone loss is contested, though. A 2009 study found the exact opposite result: In men, aged 19 – 45, runners had greater spine BMD than cyclists, indicating high-impact sports increase BMD.

Perhaps the best evidence comes from a 2005 Sports Medicine study, which linked endurance exercise with increased bone density, with the caveat that adequate calories and calcium is consumed. Researchers found that “physical activity increases growth in width and mineral content of bones in girls and adolescent females, particularly when it is initiated before puberty, carried out in volumes and at intensities seen in athletes, and accompanied by adequate caloric and calcium intakes.” This study also found that “after menopause, effectiveness of exercise to increase bone mineral depends heavily on adequate availability of dietary calcium.”

Only by consuming adequate levels of calcium in the diet can this unnecessary bone breakdown be avoided.

What about Vitamin D? The body absorbs dietary calcium from the intestines with the help of Vitamin D, which is why you often see calcium and Vitamin D paired together as a solution to bone loss. If a person’s Vitamin D levels are too low, the body will leach calcium from the bones, which decreases bone strength and contributes to osteoporosis. Low Vitamin D levels have also been linked to many common cancers, multiple sclerosis, rheumatoid arthritis, hypertension, cardiovascular heart disease, and type I diabetes. This is why each SaltStick Capsule contains 100 IU Vitamin D, to help with calcium ingestion.

Because the body responds to calcium deficiencies by leaching calcium from the bone, symptoms include higher risk for stress fractures and brittle nails and teeth. Low calcium levels have also been linked with increased risk for cancers, particularly colon cancer (2000, Cancer Causes and Control).

Who is at risk? Women are more at risk for low calcium levels, especially older women or women who are pregnant. Hormones released during menopause increase calcium loss in the bones and decrease calcium absorption, which is why calcium RDA increases from 1,000 mg per day to 1,300 mg per day for women at or above menopause age. Also, a 2004 study found U.S. women are less likely than men to consume adequate calcium from their diets.

Also at risk are people who avoid dairy, out of dietary choices or lactose intolerance. This is not to say adequate calcium levels cannot be maintained through other means — just that you’ll need to take extra steps to eat a balanced diet to obtain your calcium.

How should endurance athletes incorporate calcium into their daily diets?

Race nutrition: How SaltStick can help: Like all nutrients needed by the body, an athlete’s ideal calcium levels can only be determined in relation to every other mineral in the body, particularly magnesium. (We cover this concept more extensively in this blog post about ratio-based nutrition.) When it comes to electrolytes lost through sweat, sodium, potassium, calcium and magnesium are lost in a 220-63-16-8 ratio for the average athlete. To ensure the full spectrum of electrolytes is replaced, a SaltStick Capsule conveniently provides the same ratio, and in a form and quantity the body can absorb. While the exact ratio also varies from person-to-person, supplying your body with building blocks in about the right amount is key. For the athlete interested in how SaltStick Caps can help maintain electrolyte levels during training, we provide a complete suggested usage guide here: Training with SaltStick Capsules.

Outside of training and racing, calcium can be obtained naturally. Athletes can meet their daily calcium needs by including foods rich in calcium content. These include low-fat dairy products, such as skim milk and low-fat cheeses or yogurt, which all contain between 300 and 400 mg per serving. For the vegan or paleo athlete, or for people with lactose intolerance, calcium can also be obtained from these sources: