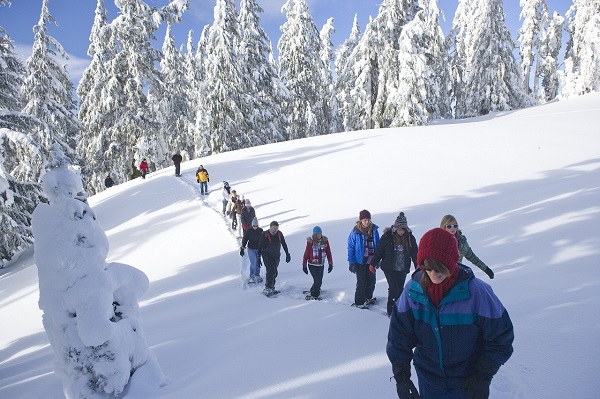 While heading outdoors in the subfreezing temperatures may sound like the last thing you’d want to do after a long day at the office or first thing in the pre-dawn morning, there are several reasons you should push a little harder this winter.

When you exercise in very cold weather, a number of physiological and mental changes take place that will set you up for a great racing season later this year. Plus, who doesn’t love the feeling of breathing in crisp winter air (followed by a mug of hot chocolate)?

Here are seven underestimated benefits of training in the cold.

No. 1: You’ll give your heart a workout.

“Some people who are outdoors in cold weather should avoid sudden exertion, like lifting a heavy shovel full of snow,” the American Heart Association advises people with heart disease. “Even walking through heavy, wet snow or snow drifts can strain some people’s heart.”

That’s because cold weather puts greater strain on the heart than pleasant temperatures, as the heart works harder to keep blood in circulation throughout the body.

When skin temperatures dip below 50 degrees F (10 deg. C), blood vessels cycle through periods of dilation and constriction, as your body attempts to manage the trade-off between keeping warm blood close to the internal organs and suffering any long-term damage to the extremities. During periods of dilation, the rush of blood to the skin and extremities causes your nose and cheeks to obtain the familiar red “winter glow.”

For those people who have no underlying medical issues, these cardiovascular acrobatics provide great heart training, meaning that if you get outdoors now, you’ll be prepared to safely push harder as temperatures rise to spring-time weather.

No. 2: You’ll improve your mind-body connection.

Anyone who has run through snow and ice knows that it requires some extra effort to stay upright. When you can’t trust each footfall as you would in warm weather, your brain is forced to give extra thought to controlling your legs and feet.

Teaching your body to “feel” itself will help you develop proper form, which in endurance sports, is equally important as strength and endurance.

“While most runners who head out in the winter hit the roads, I prefer to hit the snowy single-track trails,” Wayne from Illinois-based SaltStick retailer Dick Pond Athletics told us last year. “Putting tracks in the snowy trails … engages the core, challenges your proprioception [bodily awareness], and leaves you with a whole body workout that makes you stronger when Spring hits.”

No. 3: You’ll get mentally tougher.

Running in cold weather (especially when it’s dark, windy or snowing) can be brutal. But just like summer exercise, after a few times in sub-freezing temperatures, things just don’t seem as bad.

Part of this results from physiological changes, but improved mental toughness is equally responsible for making things seem easier.

In 1999, The Psychological Record published a groundbreaking study that found the key to pain tolerance was not “outsmarting the pain” by thinking positive thoughts. Instead, acknowledging the pain and avoiding attempts to change the uncomfortable sensations improved participants’ abilities to keep their fingers submerged in icy-cold water.

This approach to pain tolerance has been popularized in the endurance community through things like two-time Ironman World Champion Chris McCormack’s slogan “Embrace the Suck” and Matthew Fitzgerald’s book How Bad Do You Want It?

If you’d like to learn more about this topic, we suggest a book by Ironman Champion and U.S. Olympian triathlete Joanna Zeiger Ph.D.: “Champion Mindset: An Athletes Guide to Mental Toughness.” This book is a great read and a must-have for every athlete’s bookshelf.

The point is that you get tougher as you expose yourself to disagreeable situations, such as the bone-chilling effects of winter weather. This mental toughness will stick around for the summer, and it will pay off in those crucial final miles of a race.

There is some debate about whether exercising in the cold helps lose weight. Unfortunately, the facts don’t align to support the claim that you can eat more after a cold-weather workout.

“Shivering burns more calories, but if you’re dressed adequately when you run-and you should be-the rapid rise in body temperature that occurs when you start running keeps you from shivering within a few minutes,” writes Cindy Dallow, a Colorado-based marathoner and nutrition consultant, in Runner’s World.

You will, however, avoid the weight gain that usually accompanies a more-sedentary lifestyle in the winter by keeping to your daily workout routine and healthy eating regimen. And you won’t have to spend time playing catchup in the spring if you work to shed extra pounds and get to racing weight.

Like many things in life, temperature’s effect on running performance reflects a bell curve:

Thus, in (slightly) cold temperatures, you can enjoy the process of feeling light on your feet, and, perhaps scoring a PR in a race.

One of the biggest reasons depression rates rise in the winter is a lack of Vitamin D, which is only created by the body upon exposure to sunlight. Known as Seasonal Affective Disorder (SAD), feeling “blue” in the winter is fairly common, especially for people who live in areas with cold climates shortened days.

By stepping outside for a quick jaunt during lunch, you’ll be able to absorb some healthy sunlight and enjoy the mood-boosting benefits of the Vitamin D your body creates. Not to mention, exercise is also a great solution to feeling down, so that winter workout has double benefits.

No. 7: Nothing feels better than a hot shower after a workout in the cold.

Remember: Be sure to stay hydrated during cold weather.

Similar to exercise in the heat, cold weather produces certain physiological responses that you will need to take into account to maintain proper hydration. For instance, you may have heard that cold weather makes you pee more, which makes you more dehydrated.

“People just don’t feel as thirsty when the weather is cold,” says Robert Kenefick, UNH associate professor of kinesiology. “When they don’t feel thirsty, they don’t drink as much, and this can cause dehydration.”

Kenefick’s 2004 cold weather study, published in the journal Medicine & Science in Sports & Exercise, found the thirst sensation can be reduced by as much as 40 percent in cold weather. As the body decreases outward blood flow to maintain the warmth of vital organs, the brain’s response to a temperature decrease in extremities is muted.

“This can all add up to as much as an eight percent drop in fluid body mass during periods of high activity in cold weather,” says Kenefick. “To put that in perspective, symptoms of mild dehydration start to show after just a two percent loss in body fluids.”

Key takeaway: Thirst is a good indicator for low fluid levels in warm temperatures, but you can’t rely on thirst alone when it’s cold outside. You still need to drink water and replenish electrolytes during your winter running. Check out our Usage Guide for SaltStick, if you’re interested in incorporating electrolyte replenishment into your winter training routines.

Do your best to keep up your workout routine in the winter, for all the reasons listed above. You’ll put yourself ahead of the pack when springtime hits because you’ll be more fit, more mentally tough, and more aware of how to exercise with proper form.

Just make sure to stay hydrated. Spring will be here in no time.

In the meantime, enjoy that hot shower!