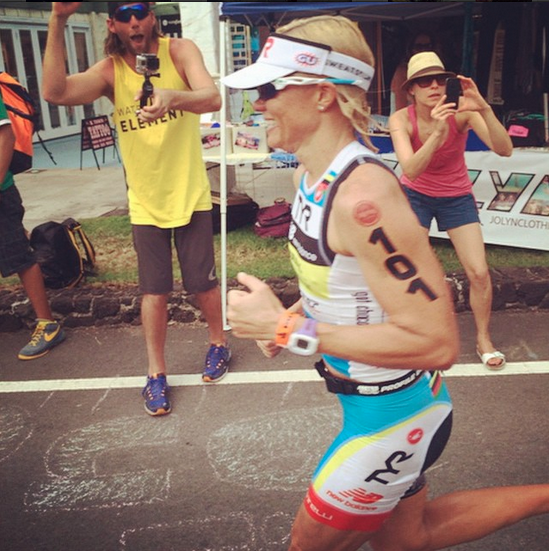 When examining sports nutrition-related claims, it’s important to avoid taking anything at face value. Open any endurance magazine, and you’ll see plenty of advertisements claiming a certain product will make you faster or endure longer or become stronger.

It’s very enticing, but we don’t want to make the mistake of claiming SaltStick may increase performance without showing you the science to back it up. So allow us to highlight the results of a recent study in Spain, which found that salt supplementation via SaltStick Caps improved triathlete’s medium-distance race times by an average of 26 minutes. What is particularly interesting is that these athletes were already drinking sports drinks, and the addition of the SaltStick Caps to their nutrition routine was the game-changing variable.

As any triathlete worth their salt (pun intended!) knows, 26 minutes in a race is a pretty sizable increase in speed. If you’re struggling to break a certain barrier in your endurance races, perhaps salt supplementation is your answer. Let’s delve in!

As we’ve said many times on our blog, the human hydration process operates on ratios among several salts and water. Salt is necessary to maintain blood pressure, allow for muscle contraction and, of course, sweat, which helps lower your body temperature. When you sweat, you lose water and salt, and you need to consume both in order to rehydrate effectively.

It’s time to get a little technical, but bear with us. Most people’s sweat contains sodium at a concentration of 40-60 mEq/L, and in order to stay hydrated, you should replace salt and water and a similar concentration. However, many sports drinks are only concentrated at a 20 mEq/L level (increasing sodium beyond this level results in a less pleasant taste, like sea water). What does that mean? It means supplementing with a sports drink should only replenish half of the necessary salts.

In order to test the theory that increased salt supplementation caused a boost in endurance performance, researchers at UCJC divided medium-distance triathletes into two groups. Twenty-six experienced triathletes were matched for age, anthropometric data, and training status, and randomly placed into the salt group (113 mmol Na+ and 112 mmol Cl−) or the control group (cellulose). The first group completed a medium-distance triathlon (the distances totaled to approximately a 2K swim, 90K bike and 21K run) consuming sports drink as they usually would, but also consuming SaltStick Caps in order to replace sodium lost through sweat. The second group completed the same distance while consuming sports drink as they usually would, but they received a placebo capsule with no extra sodium.

Researchers were aiming to replace about 70 percent of sodium in the first group, but only about 20 percent in the second group (the difference solely due to the salt capsules).

Before we go any further, we want to highlight that we did not have any connection to this study — in the form of counseling researchers, sponsoring or funding the study, or providing the SaltStick used in the study — before the results were published.

When the triathletes completed the race, researchers tallied up finishing times and found that the triathletes who consumed the sodium tablets finished in an average of 26 minutes faster! The increase in speed usually came from improved cycling and running times, which come later in the race after electrolyte levels begin to decline.

Researchers concluded that the sodium supplementation helped to maintain proper electrolyte levels and stimulated thirst, which made the athletes instinctively drink more water. This made it much easier for them to stay hydrated and keep their strength throughout the race. While it was a relatively small study, the results obtained were statistically significant and will undoubtedly lead to further research and debate.

We have seen this same effect in our sponsored athletes. For example, as we wrote in our February blog post, professional triathlete Lauren Goss realized low electrolyte levels were causing her to “bonk” in races.

“I was drinking so much water and flushing my system of all electrolytes and this was causing me to have a bonking sensation,” Lauren said. “Since I have started using SaltStick Caps, I have maintained a healthy balance of electrolytes and water and finish my races strong now.”

Where we fit in:

While the researchers at UCJC focused their study on the effects of sodium, your sweat contains several other electrolytes, which are just as important for performance. In fact, the average person loses electrolytes in a ratio of 220 Sodium to 63 Potassium to 16 Calcium to 8 Magnesium. That’s why each SaltStick Capsule contains these four electrolytes in the same concentration, to provide your body with the entire range of electrolytes it needs.

We provide a good overview of how your sweat rate plays into your nutrition needs on our website here, but essentially, light sweaters or smaller individuals should consider 1 SaltStick Cap per hour. Heavy sweaters, larger individuals, or those in hotter conditions should consider 2-3 SaltStick Caps per hour. The best strategy for success is to practice your nutrition strategy during training so you can optimize for what works for you, and then execute that during racing. We provide a complete suggested usage guide here: Training with SaltStick Capsules.