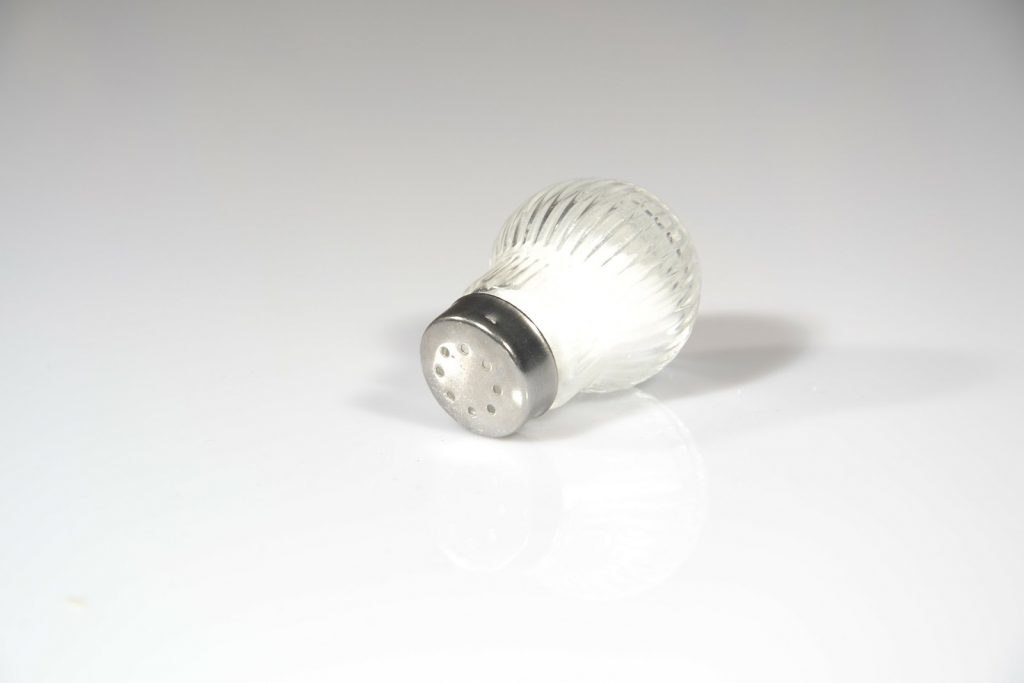 #30SaltyDays has officially begun! To kick off our four-week educational series about electrolytes, we’re beginning with a bang to discuss perhaps the most contentious of the salts: sodium. Below we provide an overview of how the body uses sodium, symptoms of sodium deficiencies, and tips for consuming enough sodium naturally in your daily diet.

This post is part of our #30SaltyDays summer campaign, in which we hope to educate YOU about the benefits and science behind electrolytes. Follow the campaign with the hashtag #30SaltyDays on Facebook, Twitter, Instagram and the SaltStick blog. We’re offering our brand new product, SaltStick FASTCHEWS, as a GIVEAWAY for participants. More information here: http://bit.ly/1Rz0avu.

How does the body use sodium?

Like all of the electrolytes we’ll discuss this summer, sodium is critically involved in many different processes in the body.

Blood pressure: Sodium is known as an “extracellular” compound, meaning it mainly exists outside the cell walls, in the plasma. By shifting water from the blood to inside cells, and vise versa, the body alters the balance between water and sodium levels to regulate blood pressure. The process goes awry when you consume too much (or too little) sodium, which is why your hands swell when you eat too much salt at once. The body sucks water from the cells into the extracellular fluid to maintain appropriate sodium-to-water ratios (osmolality). By consuming more water, the body is able to release excess sodium through urine and balance levels to normal.

Sweat: Sodium is the main electrolyte lost through sweat. This is why your face tastes salty after a long run in the heat, especially if you are a heavy sweater. It’s also likely why you crave salt after a long run — a study (1999, Appetite) of 21 college-age students found that salt cravings increased for as much as 12 hours after a one-hour bout of exercise.

Fluid regulation: Every cell in the body utilizes what’s commonly known as the sodium-potassium pump to regulate fluid levels inside cells. The body naturally stores sodium outside the cell walls (remember “extracellular?”) and potassium exists in higher concentration inside cells. However, nature tries to balance things out (the same process that occurs in heat dissipation, or a drop of food coloring dispersing through water, i.e. things naturally move from an area of higher concentration to lower concentration), and the concentrations of sodium and potassium seek to equalize overtime. The constant transfer of potassium and sodium in and out of the cells contributes to how the body manages fluid levels.

Nerve impulses: Because sodium is an ion, meaning it has an electrical charge, concentrations of sodium allow electric charges to build within an area of the body or in an area of a cell. Nerves utilize these electric charges to send messages to the brain and to direct the muscles to contract or relax. The role in muscle contraction is one of the key reasons electrolytes are so important during exercise.

Should endurance athletes care about sodium?

The body is very adept at managing sodium/water ratios, and it can easily manage up to 90 minutes of exercise without supplementation. In fact, several studies have found that salt intake has negligible impact on performance when exercise tests last less than two hours.

Only after extended exercise duration does sodium contribute to increased stamina. As we recently highlighted on our blog, another 2015 study (this one published in the Scandinavian Journal of Medicine & Science in Sports) found that in, sodium supplementation does matter.

In order to test the theory that increased salt supplementation caused a boost in endurance performance, researchers at UCJC divided triathletes into two groups. Twenty-six experienced triathletes were matched for age, anthropometric data, and training status, and randomly placed into the salt group (113 mmol Na+ and 112 mmol Cl−) or the control group (cellulose capsule). The first group completed a medium-distance triathlon consuming sports drink as they usually would, but also consuming SaltStick Caps in order to replace sodium lost through sweat. The second group completed the same distance while consuming sports drink as they usually would, but they received a placebo capsule with no extra sodium.

Researchers were aiming to replace about 70 percent of sodium in the first group, but only about 20 percent in the second group (the difference solely due to the electrolyte capsules).

When the triathletes completed the race, researchers tallied up finishing times and found that the triathletes who consumed the sodium tablets finished in an average of 26 minutes (8%) faster! The increase in speed usually came from improved cycling and running times, which come later in the race after electrolyte levels begin to decline.

As we wrote above, the body is very good at managing sodium concentration. However, sodium is not produced by the body, and it must be consumed throughout the day. If you chronically under-consume sodium (which can sometimes happen for extremely disciplined endurance athletes over-restricting sodium for health concerns), you will hamper your body’s ability to manage blood pressure, fluid levels, muscle contraction, etc. A sodium deficiency can commonly manifest itself in headaches, insomnia and extreme fatigue (partly due to very low blood pressure).

In races, low sodium levels can contribute to a range of symptoms, the most severe of which is hyponatremia. This dangerous medical condition can lead to nausea, fatigue, cramping, vomiting, weakness, sleepiness, and in rare severe cases, even death. Low sodium concentration can be obtained by either excessive fresh water consumption or too little electrolyte replacement with normal water intake.

On the lesser extreme, low sodium levels can result in what’s known as “bonking,” “hitting the wall,” or simply running out of energy. After experiencing dizzy spells in early races, SaltStick-sponsored professional triathlete Lauren Goss realized she was drinking too much water in lieu of electrolytes. This left her in a state of fatigue, muscle cramping and the feeling of “bonking.” (You can read more about it in the “Salt Science” section of our website.)

“I was drinking so much water and flushing my system of all electrolytes and this was causing me to have a bonking sensation,” Lauren said. “Since I have started using SaltStick, I have maintained a healthy balance of electrolytes and water and finish my races strong now.”

Make sure you don’t bonk! We provide a guide to using SaltStick on our website, and we encourage you to check it out so you can tailor a nutritional plan to your specific needs. For an overview of the electrolytes SaltStick provides, check out our blog post “Why You Need Salt and Where to Get It.”

How should endurance athletes incorporate sodium into their daily diets?

Outside of lengthy workout sessions, endurance athletes have wide flexibility in how they approach sodium. Health officials generally agree that the average Western diet is already too high in sodium and would benefit from a reduction in sodium intake. The USDA advocates for less than 2,300 mg of sodium per day, and the American Heart Association (AHA) is stricter at less than 1,500 mg a day. However, 90 percent of U.S. adults consume too much sodium, and on average, we consume about 3,400 mg a day.

As sodium consumption increases, output in sweat also increases to maintain a healthy level in our body. Your body become acclimatized to this intake, and “needs” more sodium to maintain this level of function. However, athletic performance drives up the loss of sodium through sweat. If your diet already contains a lot of sodium, you’ll need to maintain a higher level of sodium in your body to keep homeostasis (balance) and your ability to function under athletic stress. This can be accomplished by higher doses of electrolyte supplementation. If your diet is lower in sodium, you will still lose electrolytes through sweat, but you can maintain your appropriate blood electrolyte level with less supplementation.

In many respects, the ideal situation is to live a low-sodium diet and supplement during heavy training and racing as needed. Using SaltStick Caps electrolyte capsules will allow you to do this easily, and to customize your dose based on individual need.

Later this week, we’ll share some recipes to help you get optimal amounts of sodium! Stay tuned…