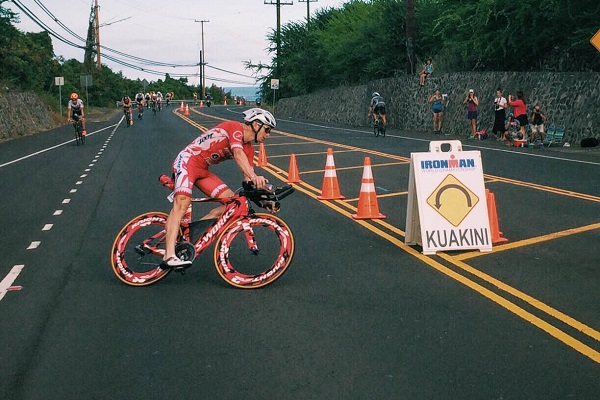 The endurance world watched in earnest this weekend as the globe’s top triathletes competed on the Big Island in Hawaii for the title of Ironman World Champion. While many watched the race through their computers on Ironman LIVE’s online coverage, we were fortunate enough to be in Hawaii to watch the race real-time.

Ironman Kona has a richness to it, as the race hearkens back to the first-ever Ironman race in 1978, which soon birthed an entire world known as triathlon. Each year, the course serves as a stage for endurance drama, with hundreds of the sport’s best athletes racing each other for the top spot. This year was no different.

We hope you enjoy our recap of Ironman Kona!

Recap: What happened at the 2016 Ironman World Championships?

The Ironman World Championships are always filled with plenty of race-day drama, and in 2016, Switzerland and Germany got to watch with pride as their citizens reclaimed victories as Ironman triathlon’s top athletes.

Jan Frodeno (DEU) stayed in the front pack of the men’s race throughout the swim and bike, and a blazing T2 put him in the lead during the run. Fellow countryman Sebastian Keinle stayed close on Frodeno’s heels, with the USA’s Ben Hoffman, Tim O’Donnell and Andy Potts not far behind. Eventually, Frodeno’s pace proved too fast for the other athletes, and the 2015 World Championship reclaimed his title with a time of 8:06:30. Germany could also boast second and third place, with Keinle and Patrick Lange rounding out the podium.

Switzerland’s Daniella Ryf continued to establish herself as one of triathlon’s greats, winning her second straight Ironman World Championship title and breaking the course record in the process with a time of 8:46:46. While Ryf led the field throughout the race, the race for second proved much more interesting, with three-time Ironman World Champion Mirinda Carfrae of Australia running through the field from 13th place off the bike to second. USA’s Heather Jackson finished third.

For more in-depth overviews of Ironman Kona 2016, check out LAVA Magazine’s coverage of the women’s and men’s races. You can find the magazine’s beautiful gallery of photos here.

We traveled to Kona as well to support athletes and retailers and to watch the race. Top pros, including 4th-place finisher Ben Hoffman and 6th-place finisher Timothy O’Donnell used SaltStick to help replace electrolytes throughout the long day on the Big Island. (For a full list of pros who used SaltStick during the race, scroll to the bottom of this post.)

Of course, there were more than just pros who used SaltStick, and we spotted dispensers attached to many bikes at athlete check-in. Why was SaltStick helpful to Kona athletes? Because each Saltstick Capsule contains a balanced supply of electrolytes lost through sweat in a form that the body can easily absorb.

Replacing Electrolytes Lost Through Sweat: In order to help their bodies keep up the sweat rate, the Kona athletes needed to replace the copious amounts of water and electrolytes lost through sweat to prevent bonking, cramping and other heat-induced performance reduction. A balanced supply of absorbable sodium, potassium, calcium, and magnesium, such as that provided conveniently in a SaltStick Capsule, was one of these athletes’ top weapons against this loss in performance.

Why Sports Drinks Are Not Enough: Sweat typically has about 1000 mg sodium/liter; however, a typical sports drink has 440 mg sodium/liter. Increasing sodium beyond this level results in a less pleasant taste, closer to sea water. What does that mean? It means supplementing with a sports drink may only replenish half of the necessary salts. And as we wrote earlier, low electrolyte levels can hurt performance.

If, during the course of the race, the Kona athletes ingested nothing but sports drinks (or worse, water), they would have become hyponatremic, a dangerous condition in which sodium levels are too low. Many sports drinks also do not address any form of supplementation of the other key electrolytes, potentially causing yet further cramping and muscle issues.

How SaltStick Caps Make it Easy to Replace Electrolytes: SaltStick Caps contain all key electrolytes in the proper ratio and in a form that the body can easily absorb. They have been scientifically tested and proven to help boost performance.

With SaltStick, there is not much thinking required on your part. Because each capsule is designed to replace all electrolytes lost through sweat in a balanced ratio, SaltStick Caps allow you to focus on your training or racing, and not on doing math in your head! After you adjust your SaltStick Caps and water intake based on the conditions and your unique needs, you are free to accomplish what you set out to do: get in an awesome workout or race! No thoughts about ratios. No worries of becoming dehydrated. No lists you will need to follow.

To learn more about SaltStick products, please click the links below.

Here is a list of the pro results who likely used SaltStick products…and you can be sure others did as well!