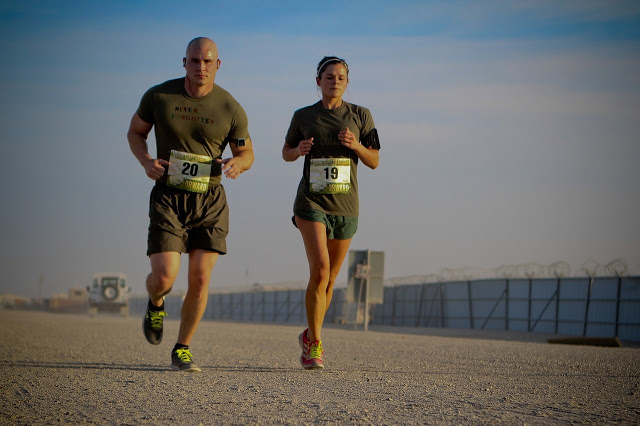 If you are an avid consumer of endurance media (like we are!) you have probably noticed the uptick in articles related to the science behind anti-cramping. Recently, many articles, including paid, native advertising placements in Triathlete Magazine and other articles in Outside Magazine, report new research into the link between cramping and neural activity.

Arguing there is no association between hydration and cramping, the articles suggest that instead of electrolytes, the true cause of cramps is an interruption of “ion-channel receptors,” which control how electrical signals are transmitted between cells.

“Some studies showed that drinking pickle juice or eating mustard helped prevent [cramps],” writes Outside Magazine in a recent September article. “Pickle juice and mustard contain molecules called ion-channel activators, which trigger nerves in the digestive system. These activators are why spicy foods feel hot: they don’t burn you, but they trigger the same nerve response that occurs when you come into contact with heat.”

This new theory is actually not new. It dates back to 1997, when South African researcher Timothy Noakes proposed that the long-standing belief that dehydration causes cramps was incorrect (his research was published in the Journal of Sports Sciences). Instead, he theorized, the neurological signal telling a muscle to relax is interrupted, causing the muscle to contract uncontrollably.

However, at least one new product attempting to prevent the disruption of the body’s ion-channel receptors (and thus also preventing the associated neurological disruption) has recently come to light, which has prompted the flurry of media, including paid, native advertising and targeted Facebook ads.

Still, it brings up an important question: Does link between dehydration or electrolyte imbalance and cramping no longer exist? Is this theory permanently “myth-busted?” Not quite.

To provide more insight into the science behind preventing cramps, we decided to write an overview of the literature. Please feel free to leave a comment for us below and tell us about your own experience with cramps and what solutions work for you.

Early research into cramping had nothing to do with sports performance. In the 1930s, as the United States was boosting its infrastructure, scientists examined men working to build the Hoover Dam and discovered their sweat contained high levels of salt. Some of the men began drinking salt water, and anecdotal evidence suggested this was an effective measure of reducing cramps. This study formed the basis for the “electrolyte-depletion-as-a-cause-for-cramps” theory, which lasted for nearly the entire 20th century.

The connection between salt loss and cramping was further strengthened in the 1960s, when researchers at the University of Florida tested an electrolyte-and-sugar drink on the school’s football team. The next season, the Florida Gators won the Orange bowl, and Gatorade was born.

Since then, the theory that dehydration is the main cause of cramping has been largely predominant. In fact, the Journal of Sport Rehabilitation reported in 2003, that “dehydration, humidity, and electrolyte imbalance” were the most common reasons for cramps offered by athletic trainers when surveyed.

Other studies examine the link between electrolytes and cramping:

Since the 1960s, researchers have sought to expound upon the link between cramps and low electrolyte levels. In general, they find that cramps are more likely to occur in hot weather, and the sodium levels in sweat of athletes who cramp are higher than those who do not cramp.

Other research has focused on different methods to treat cramps, including drugs and products that contain acetic acid (the ingredient that gives vinegar its signature taste), such as pickle juice and mustard.

The shift away from electrolytes to neural activity:

As we mentioned in the introduction, since the 1990s, new research has focused more on neurological activity and muscular fatigue as the true reasons for cramping. Often, researchers will examine endurance athletes’ blood electrolyte levels and body weight changes (which measures fluid loss and serves as a “stand-in” for dehydration), finding no change between athletes that cramp and athletes that do not cramp (See this 2004 study in the British Journal of Sports Medicine for an example, as well as the studies listed below). Also, a 2012 literature review of magnesium as a cramp-prohibitor published in the Cochran database of systematic reviews concluded that there is not enough evidence to suggest that magnesium intake helps reduce cramping.

These new studies have led researchers to conclude electrolyte levels are not significantly associated with cramping and instead propose other hypotheses. These non-nutritional causes include:

In an interview with Endurance Planet, Phil Maffetone, the sports coach and nutritionist behind the “MAF Method” of training, puts it a different way, arguing muscular imbalances could be a source of cramps: “If you’re getting cramps consistently in races, there [could be] some imbalance in the neuromuscular system. What’s happening is that you have muscles that are over-contracting, but some opposing muscle has become weak that has allowed that over-contracting to take place.” Maffetone goes on to say that cramps are more likely to show up during races because you’re exerting yourself more than in training.

However, a 2011 study published in the Journal of Sports Sciences questions whether fatigue is truly a cause. Researchers used electric signals to induce cramps in the calve muscles of 16 healthy participants before and after completing performing toe curls to induce fatigue. The study found that cramp threshold (which served as a proxy for propensity to cramping) decreased after the toe curls. In other words, fatigue had reduced the participants’ propensity for muscle cramps. While the researchers cautioned against generalizing the results to non-laboratory settings, this result contradicts the “fatigue-as-a-cause” theory.

Where do we stand today?

At the end of the day, no one is yet certain of the true causes for cramping. Despite the newer neurological-based literature, scientists are not ready to cast aside the role of hydration and electrolytes. In 2010, the Journal of Sports Health published a review that concluded “[Exercise-Associated Muscular Cramps] EAMC are likely due to several factors coalescing to cause EAMC. The variety of treatments and prevention strategies for EAMC are evidence of the uncertainty in their cause.”

Likely, you have come to the same conclusion yourself. How many of you have a runner friend who swears by pickle juice? Many tennis coaches include mustard packets as part of their anti-cramping regimes, and we hear all the time from amateur athletes who tell us SaltStick has been the key solution to end cramps. Like many biological processes, the true cause for cramping is likely multi-fold. Neurological fatigue has been shown to be a significant predictor of cramps, but it is probably not the only reason.

Bottom line: Do electrolytes have anything to do with preventing cramps?

Based on the literature above, it is not unreasonable to assume electrolyte levels contribute little to preventing cramping. However, we cannot in good faith completely disregard the wealth of anecdotal evidence that proper hydration practices do work for some athletes. We have received many tweets and emails from amateur athletes over the years telling us that SaltStick has been a key ingredient eliminating cramps from their training. And we have heard personal feedback from college tennis coaches that SaltStick has been the only thing they can find to keep their athletes cramp-free.

Additionally, many of the suggestions from researchers — including stretching, strength exercises for muscular balance, and yes, hydration — are just good practices. The smart athlete takes all steps to prepare for his or her race, and one of those steps is hydration.

In his Endurance Planet interview, Maffetone was quick to mention that the scientific community still has not reached a consensus on cramping. “So many things come to mind [as a reason for cramping issues], and individuality is important,” Maffetone says. “We don’t really know what’s going on with muscle cramps … in terms of the hamstrings or calf muscles.”

Will the new nerve-numbing products work to combat cramping? Perhaps for certain types of cramping. According to the FDA, they can only be deemed suitable for treatment of nighttime leg cramping.

So is there un-arguable scientific evidence that electrolytes prevent cramps? No, but don’t count out electrolytes as being unnecessary! Electrolytes are critical in nearly every biological function, and have been shown to help reduce exercise-induced fatigue. Dehydration is one of the surest causes of heat stroke, brought on when hydration and electrolyte levels drop. Be sure you are providing your body with all electrolytes (including sodium, potassium, magnesium and calcium), and you will help set yourself up for success.

Important Note:
The above should not be construed as medical advice. Contact your physician before starting any exercise program or if you are taking any medication. Individuals with high blood pressure should also consult their physician prior to taking an electrolyte supplement. Overdose of electrolytes is possible, with symptoms such as vomiting and feeling ill, and care should be taken not to overdose on any electrolyte supplement.