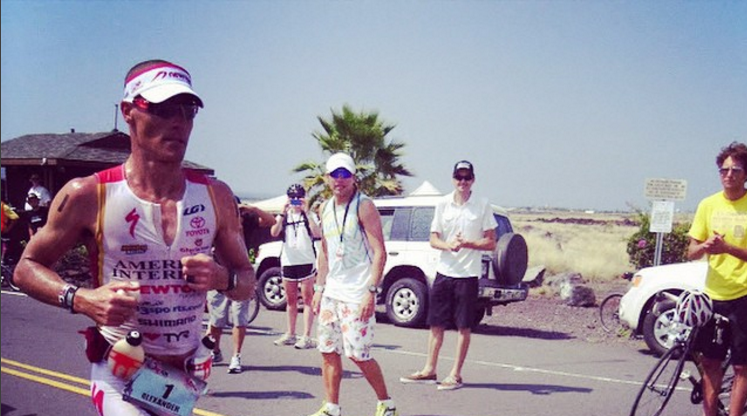 “Replacing lost [water] stores is essential but rehydration can be overdone,” begins a 2007 article in Scientific American. “There is such a thing as a fatal water overdose.”

While this article does not mark the beginning of medical concerns regarding hyponatremia, it did come at a time when this dangerous condition — marked by unnaturally low sodium levels in the blood — began to see increased media attention.

Tweet this post! Stay Aware This Summer! These Are the Symptoms (and Causes) of Hyponatremia: http://bit.ly/1Ypn1uM via @SaltStick

In the last decade, several deaths have resulted from radio-hosted water-drinking contests that prompt the contestants to consume gallons of water at once. The running community has suffered losses as well: In 2002, a man collapsed in the Boston Marathon, eventually dying of “drinking too much water,” as described in press coverage of the tragedy. In 2007, a similar death occurred in the London Marathon.

These stories are not limited to marathons: Also in 2007, a Georgia football player died after he consumed too much water during practice.

Want more? Our CEO, Jonathan Toker, Ph.D., authored a helpful article about hyponatremia in Slowtwitch titled “Overdrinking or not enough salt?” Check it out here.

While these tragedies have been somewhat isolated, hyponatremia is a serious risk for endurance athletes — especially during long bouts of exercise in the sun, such as that which would occur in a five-hour marathon. In this blog post, we list the common symptoms of hyponatremia, along with their causes.

As defined by the Mayo Clinic, hyponatremia occurs when sodium levels in the blood drop below 135 milliequivalents per liter (mEq/L). In layman’s terms, this means that there is not enough sodium circulating through the body. As we explain in our “Everything You Wanted to Know About Sodium” blog post, sodium is a crucial electrolyte used for nerve functioning, muscle contraction, sweat, and blood pressure regulation. Low sodium levels hamper these vital processes.

Similar to calories and water, you need to consume sodium throughout the day (2,300 mg for healthy adults and 1,500 mg for adults with high blood pressure, according to the USDA) in order to keep these blood levels high enough for normal physiological functioning. Also similar to calories and water, sodium loss is accelerated during exercise, when the body loses large amounts of electrolytes through sweat, especially in hot or humid climates.

This is why endurance athletes are encouraged to replace electrolytes during workouts lasting more than an hour (through sports drinks or through supplements such as SaltStick).

Like a cough or runny nose, hyponatremia is a symptom, and its ultimate cause can vary, ranging from medical conditions (such as Syndrome of inappropriate antidiuretic hormone), certain medications, or severe hormonal changes. In the world of endurance sports, hyponatremia is usually caused by drinking too much water, without consuming enough salt.

Note: Because hyponatremia is essentially a measure of sodium levels in the blood, it can also be caused by dehydration, in which the athlete consumes too little salt and too little water. However, sodium levels are measured by concentration, which compares the level of sodium and water — among other things — to each other. Thus, high levels of water intake and low levels of sodium intake are much more likely to result in hyponatremia than dehydration.

Why is hyponatremia dangerous?

As noted in our blog post detailing the uses of sodium, many of the body’s physiological processes work through osmosis. For instance, fluid levels are largely regulated through what is called the “sodium-potassium pump.” The body naturally stores sodium outside the cell walls and potassium exists in higher concentration inside cells. However, nature tries to balance things out (the same process that occurs in heat dissipation, or a drop of food coloring dispersing through water, i.e. things naturally move from an area of higher concentration to lower concentration), and the concentrations of sodium and potassium seek to equalize overtime. The constant transfer of potassium and sodium in and out of the cells contributes to how the body manages fluid levels.

Similarly, the body likes to keep water and sodium levels in the blood relatively constant (ranging between 135 mEq/L to 145 mEq/L. If an athlete does not replenish sodium stores — or if he or she consumes too much water relative to sodium — then there will be too much water in the blood. The body compensates by attempting to excrete excess water in urine, and also shifting this excess water inside cell walls, causing them to swell.

As Scientific American points out, this swelling is not a problem in most areas of the body. The muscles and fat cells have plenty of flexibility to shrink and expand throughout the day. The brain, however, does not. Because it is surrounded by the skull, any swelling of the brain causes pressure. Too much pressure can result in severe headache, seizures, coma, and in the worst case, death.

There is another significant problem that hyponatremia can cause endurance athletes: Severe fatigue. Because sodium is an ion, meaning it has an electrical charge, concentrations of sodium allow electric charges to transiently exist within an area of the body or in an area of a cell. Nerves utilize these electric charges to send messages to the brain and to direct the muscles to contract or relax. Without sufficient sodium levels in the body, this process is hampered, which can result in extreme fatigue, muscle weakness, or cramping.

What are the symptoms of hyponatremia?

With the severe ramifications of hyponatremia, an athlete should be aware of the symptoms that could indicate he or she is on a path to losing too much salt. Symptoms include:

Hyponatremia is more common in hot conditions, due to increased sweat rates. However, hyponatremia can occur any time an athlete consumes too much water and not enough salt, regardless of external temperatures.

Concluding: Be vigilant about salt intake!

Runner’s World published a great article on hyponatremia in 2011, and the end bears repeating:

Consuming SaltStick Caps along with fluid is the best way to avoid hyponatremia during exercise or in hot conditions. SaltStick Caps are uniquely formulated to replenish electrolytes lost through sweat (including sodium, but also potassium, magnesium and calcium) in a form the body can easily absorb. Learn more in from our page on Salt Science and our Product Usage Guide.

By taking the necessary steps to balance water intake with adequate amounts of electrolytes, you will set yourself up for training and racing success. Keep watch for the symptoms as well: It is always important to maintain bodily awareness so that you can enjoy training and racing with consequences no greater than sore legs.

Tweet this post! Stay Aware This Summer! These Are the Symptoms (and Causes) of Hyponatremia: http://bit.ly/1Ypn1uM via @SaltStick