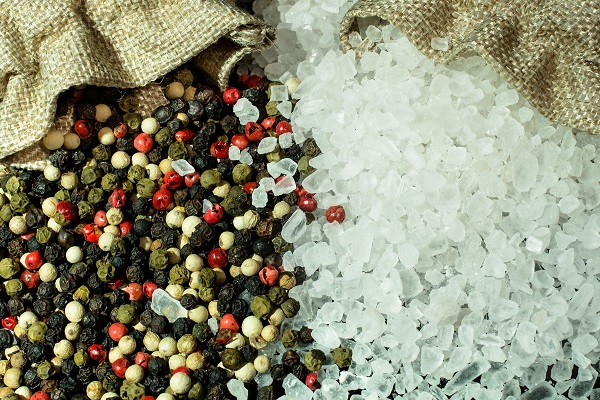 Research links increased salt consumption with lower stress rates. But is this an excuse to reach for the salt shaker every time we feel anxious?

Our tongue is sensitive to several flavors, including sweetness, sourness, savoriness and saltiness. To scientists, many of these pre-disposed cravings make sense when viewed in the context of evolutionary biology. For example, sweetness is usually a guarantee that a plant is non-poisonous, and savoriness tends to indicate high fat content, which provides an ample supply of calories for hunting and gathering.

Saltiness, on the other hand, does not provide as many obvious benefits to justify cravings, and some researchers have begun to wonder why humans find it so appealing.

“You might think people eat salt because it tastes good. But the deeper question is: Why do we love the stuff?” Professor Emeritus Micah Leshem, a biopsychologist at the University of Haifa’s Department of Psychology, said to the Salt Institute. “It turns out we aren’t just born loving salt. We also learn to love it because of its benefits.”

Leshem’s comments reference a study he recently co-authored, published in Appetite, which found that sodium, the main component in table salt, can help ward off depression. By examining data from the 2007-2008 National Health and Nutrition Examination Survey, Leshem and his colleagues found that women with less salt in their diet are more likely to be depressed – and that depressed men and women are more likely to add salt to their food at the table.

Leshem is the first to point out that this relationship does not indicate low sodium consumption actually causes depression, only that the correlation is one in a series of steps to help explain why we crave salt.

“If something does you good, you tend to begin to like that stuff,” said Leshem. “Salt might work as an antidepressant, which helps explain why we eat so much of it.”

Depression is not the only ailment helped by sodium intake. In 2011, researchers at the University of Connecticut induced dehydration in rats by feeding them sodium chloride to examine whether blood sodium levels affected the rats’ stress responses. Compared with a control group, the rats that received the sodium chloride secreted fewer stress hormones when exposed to stress and also displayed a reduced cardiovascular response.

“Their blood pressure and heart rate did not go up as much in response to stress as the control group’s, and they returned to resting levels more quickly,” said Eric Krause, first author of the study. “Also, in a social interaction paradigm with two rats interacting, we found them to be more interactive and less socially anxious.”

To explain their findings, the researchers theorized that “the same hormones that act on kidneys to compensate for dehydration also act on the brain to regulate responsiveness to stressors and social anxiety.”

While we do not recommend inducing dehydration to deal with stress, these findings do show the incredible complexity of the body and the ways in which nutrition can have significant effects on mood and behavior.

If sodium consumption can help alleviate depression and stress levels, it is natural to ask “Does the end justify the means?” It is common to worry about increased blood pressure levels, and the reader may be wondering if this is a risk worth taking. However, in this case, common understanding does not equal truth, as research has called into question the relationship between sodium intake and blood pressure.

The USDA advocates for less than 2,300 mg of sodium per day, and the American Heart Association (AHA) is stricter at less than 1,500 mg a day. However, 90 percent of U.S. adults consume sodium beyond these levels, and on average, we consume about 3,400 mg a day.

However, recent research has indicated that applying strict limits to sodium intake may be oversimplifying. This year, scientists at the Boston University School of Medicine released the results of an analysis of 16 years of nutritional data obtained from more than 2,600 people. Their paper, published in The Lancet, is clear in its finding that people who consumed less than 3,000 mg of sodium a day (which is more than 30 percent more than the USDA recommends) had the same level of risk for heart disease as people who consumed more than 7,000 mg a day.

“We saw no evidence that a diet lower in sodium had any long-term beneficial effects on blood pressure. Our findings add to growing evidence that current recommendations for sodium intake may be misguided,” said Lynn L. Moore, DSc, associate professor of medicine at Boston University School of Medicine.

Moore and her colleagues do point out that it is possible to consume too much sodium and negatively impact blood pressure. Her paper simply makes the argument that the 2,300 mg limit proposed by the USDA is somewhat arbitrary, as each person’s dietary needs are different.

What, then, should the reader conclude? While 2,300 mg per day may not be the correct limit for each individual, too much sodium (i.e. more than 7,000 mg per day) can certainly negatively impact blood pressure, especially if potassium consumption is not equally high. However, in today’s era of natural cures, alleviating depression or stress with a sprinkling of salt is much more appealing than a prescription.

Instead of examining the relationship between sodium intake, blood pressure and stress separately, perhaps it is better to examine these three areas together. The first attempt to establish such a link came in 1988, when James P. Henry proposed in the that the salt intake of a society reflected the level of stress, and that stress, through its effect on increasing salt intake, is an important factor in the development of hypertension.

Research since then has found that Henry was mostly correct. To analyze his theory, researchers at Deakin University in Australia examined the relationship between salt and stress in both animals and people. Their results, which were published in 2010 in the British Journal of Nutrition, indicated that stress does appear to be correlated with salt intake in animals, but the same effect does not appear in humans.

However, the above research tells half the story. While stress did not induce salt cravings in human subjects in the laboratory setting, the researchers did find that chronically stressed individuals did tend to reach more often for snack foods, which as most of us know, are quite high in sodium (not to mention sugar as well).

Unlike sodium, stress has definitively been linked to high blood pressure, among a slew of other ailments, ranging from depression to cancer. Therefore, Henry’s theory that “stress causes increased salt intake, which causes high blood pressure” could be more-accurately re-phrased to “stress, which causes high blood pressure, can also cause increased salt intake.” In fact, Henry’s research even ends by saying “the evidence today argues that the most important factor in the etiology of essential hypertension is not salt but psychosocial stimulation [or stress].”

In other words, reducing chronic stress will have a greater impact on blood pressure than sodium intake.

What does this all mean?

In addition to sodium, the body needs other key electrolytes, such as calcium, magnesium and potassium for a variety of physiological functions. And importantly, as we explain in our #30SaltyDays campaign, it is the ratios among these nutrients that really determine our the body responds to sodium intake — not the absolute value of intake. In other words, increasing potassium levels relative to sodium levels can be just as effective at warding off high blood pressure as lowering sodium levels.

If you are worried about eating too much sodium, we recommend two actions to prevent unhealthy consumption:

If you lead an active life, as many SaltStick customers do, your daily nutritional needs differ from the average population, which is largely sedentary. Thus, the USDA recommendation does not always apply (Imagine if you tried to fuel Ironman training on only 2,000 calories a day!). That is why eating a balanced diet and salting food and/or taking appropriate electrolyte supplements, such as SaltStick products is the best strategy.

In conclusion: The human body is extremely adept at analyzing its day-to-day nutritional needs, which can affect things like depression and/or stress. If you are feeling “off” and you have a strong craving for salt, then perhaps you should pay attention.

To learn more about how salt can help with common ailments, check out the following blog posts: