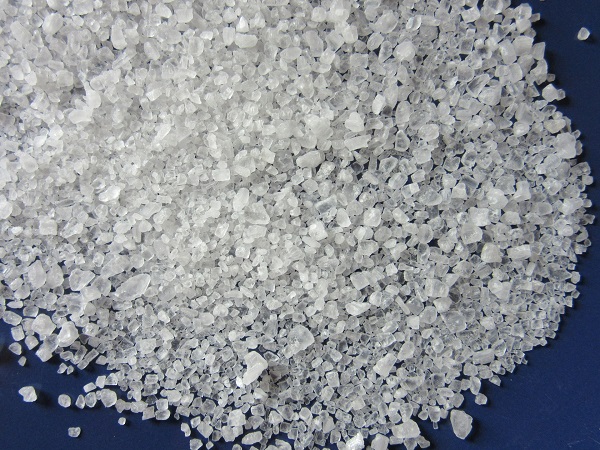 The ketogenic diet is growing in popularity these days, due to perceived benefits of weight loss, nutrient density and mental clarity. Commonly overlooked with this diet, however, is the resulting need for increased sodium consumption.

As we have discussed many times before, the body’s hydration system operates on a ratio basis; not on a basis of absolute intake quantities. Thus, when it comes to something like blood pressure, the total amount of sodium you consume matters less than the amount of sodium relative to potassium. As SaltStick CEO Jonathan Toker, Ph.D. wrote about in a recent slowtwitch.com article, in attempts to lower blood pressure, it is often as effective to increase dietary potassium as it is to reduce sodium, because it is the balance that matters more. This same ratio-based lens is necessary when analyzing the effects of a ketogenic diet on the body.

In this blog post, we discuss the ways a ketogenic diet affects electrolyte levels, as well as steps you can take to avoid hampering your success with the diet if you decide this is the nutritional path for you.

What is the ketogenic diet?

Put simply, the ketogenic diet involves extreme restriction of carbohydrates and protein, so that the majority of calories consumed come from fats. Adherents are fond of coconut oil, fatty cuts of meat, avocadoes, nuts, and other fat-heavy plant sources such as olive oil. The end goal is to force the body to fuel itself with fat instead of glucose as a way to promote an efficient fat-burning metabolism.

Normally, the body prefers to run on glucose broken down from carbohydrates, sugars and starches, as it is more easily processed by the cells. However, when glucose is not available, the body will resort to other sources of energy. In some instances, fat cells are broken down to retrieve glucose from triglycerides, and the process results in a by-product called ketones. As ketone levels rise in the blood, someone is said to go into “ketosis,” which is just a term used to signify that the majority of a person’s energy is being sourced from fats and not carbohydrate.

While in the short term, the diet has been shown to aid in rapid weight loss, science is somewhat mixed in the health benefits of long-term ketosis. Proponents of the diet claim it has benefits of mental clarity, increased focus and steady energy levels, compared to a carb-heavy form of eating. Others argue that due to the extreme limitations of food choice, it can result in nutrient deficiencies and low fiber intake. We are not advocating one side or the other.

In terms of endurance benefits and physical output, the studies are also somewhat mixed. There are at least four separate month-long studies (detailed here) of athletes who consume high-carb vs. high-fat diets. These studies essentially found no difference between the types of diets, except at high-intensity output, which decreased slightly in athletes on the low-carb diet.

Your nutritional plan for racing and training is unique to you, and should be for you to decide. Thus, this blog post does not discuss whether or not a ketogenic diet is right for any specific person. Instead, we would like to show that if you do decide to pursue this diet as a way of eating, you will need to supplement your food with extra sodium. Here’s why:

What happens to hormones when you become ketogenic?

When you consume carbohydrate, the body quickly breaks it down into glucose, which the digestive tract moves into the bloodstream. Then the hormone insulin, which is produced in the pancreas, helps move glucose into cells so it can be used to produce energy.

To stimulate the pancreas’ production of insulin, glucose has to first appear in the bloodstream. Conversely, after insulin helps remove extra blood sugar from the body, blood glucose levels are no longer high, and the hormone is no longer needed.

For individuals who are heavily reliant on carbohydrate (especially simple carbohydrate such as white sugar or processed grains), insulin is nearly always present in the bloodstream, due to the constant flow of glucose in the diet. This can lead to what is known as “insulin resistance,” where the body becomes so used to insulin, that the hormone is no longer as effective at removing blood sugar from the bloodstream. This condition, if left untreated, can result in type 2 diabetes.

However, adherents to the ketogenic diet are on the other end of the spectrum. By limiting carbohydrates to 25 to 50 grams per day, these individuals rarely consume significant amounts of glucose, and thus rarely trigger the body’s production of insulin.

In terms of energy levels, this is not that much of an ordeal, because the body resorts to other sources of energy to fuel itself. However, removing excess blood sugar is not the only thing that insulin does. It also has important effects on blood sodium levels.

In addition to regulating blood sugar, insulin helps the body retain sodium. The exact mechanism is not quite known, but it is generally understood that insulin helps with the reabsorption of sodium into the body. Without insulin, sodium passes right through the bloodstream, and the kidneys filter it into urine.

People who experiment with ketosis, as noted above, have low insulin levels, and thus, their bodies expel sodium at a much higher level than normal. This is supplemented with the results from two studies:

Sodium is important to a great number of physiological processes, and low levels can hamper energy regulation, focus, and other functions. In fact, low electrolyte levels are often thought to be a cause of what is known as “keto-flu,” which is when someone transitioning to the ketogenic diet experiences low energy levels, mental cloudiness and full-body aches.

It is also why “Not Replenishing Sodium” is one of the top five mistakes of a low-carb diet, according to the website Healthline.com:

“[Low sodium levels] is one of the main reasons people get side effects on low-carb diets, such as lightheadedness, fatigue, headaches and even constipation,” the website writes. “The best way to circumvent this issue is to add more sodium to your diet. You can do this by adding more salt to your foods, but if that doesn’t suffice then you can drink a cup of broth every day.”

As you can see from the research above, low carbohydrate diets can result in low blood sodium levels, even when sodium consumption is considered normal. Due to a corresponding drop in insulin levels, reducing carbohydrates to the levels prescribed by the ketogenic diet can result in fatigue or lightheadedness due to the high loss of sodium.

To counteract this, you will need to incorporate extra sodium into your diet. Many ketogenic diet experts argue that adherents should seek to consume two to four grams  (2000-4000 mg) of sodium per day. Consider that the recommended daily amount (RDA) of sodium is 2300 mg for normal diets.

This can be accomplished by adding extra salt to food, either by salting manually or incorporating products such as salted butter or bullion. Many keto-fans add Himalayan salt to their meals. Additionally, bacon – usually a staple of ketogenic breakfasts – contains high levels of sodium.

In addition to, or as an alternative to the above food sources of sodium,  consider adding two to three SaltStick Caps to your daily nutrition routine. Each capsule delivers 215 mg of sodium, along with other key electrolytes, that can assist with your overall nutrition goals, and keep you feeling great.

Also, if you are going low carb and you plan on working out in the heat, you will need to be extra conscious of replacing lost sodium. Our Usage Guides, which can be found here, explain how to incorporate SaltStick products into your specific training and racing routine.