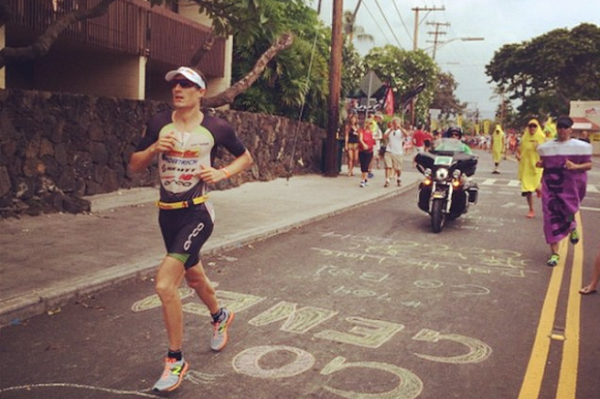 When sodium levels are too low, the body responds with painful symptoms. But what exactly causes those nasty headaches, high levels of fatigue and painful muscular cramps?

SaltStick is founded on the understanding that adequate sodium levels (along with other key electrolytes such as potassium, calcium and magnesium) are fundamental to endurance success. For an athlete to perform optimally, he or she will need to replace calories, water and electrolytes lost during exercise. Otherwise, the body will be forced to slow down.

It is the “be forced to slow down” part of that last sentence that we cover in this week’s blog. Sodium is crucial to a wide swath of physiological processes, from muscle contraction to the management of blood pressure. Thus, an inadequate supply has equally far-reaching consequences. If levels fall outside the optimal range, the body mainly compensates by shifting water reserves around to avoid further sodium dilution. This results in painful side effects, such as nausea, fatigue and headache, which we explore further below.

The list below is not comprehensive, but these are the most common symptoms of hyponatremia, along with their causes.

(Caused by swelling of the brain)

For most of the body, this is not a problem, because the skin is flexible enough to accommodate the increase in volume. However, the brain is surrounded by the skull, which does not expand. Thus, when the brain absorbs extra water, it creates pressure by pushing against the skull, which results in an often severe headache. Notably, it is the swelling of the brain that also causes some of the most extreme symptoms of hyponatremia, including personality changes and loss of consciousness.

The fix: Seek to balance out sodium and water levels immediately. Do not continue to drink plain water; instead, ensure that you consume sufficient levels of sodium, either through broth, supplements or other means. Only by rebalancing the levels of sodium in the plasma surrounding the cells will the brain return to normal and relieve the pressure causing a headache.

(Caused by too little sodium to conduct electrical impulses)

While low sodium levels are not the only cause of muscular cramps, painful twitches and cramps, especially in the legs, are a common symptom of hyponatremia.

Sodium is an electrolyte, a family of minerals that get their name from their ability to conduct electrical charges. These charges help the neural system send signals throughout the body that tell the muscles to contract. Low sodium interrupts the body’s ability to send these signals, and as a result, the brain overcompensates and sends a higher-than-normal amount of electrical impulses. Eventually, these signals overwhelm the muscle, preventing it from relaxing and manifesting in a cramp.

While less extreme, muscular twitches can also be a result.

The fix: Stop or slow down activity until electrolyte levels return to normal. Without adequate levels of sodium, the brain has lost its ability to communicate efficiently with the muscles. Until sodium levels are restored, the brain will continue to overcompensate, and the athlete is at risk for cramping.

(Caused by excess water in the gut)

As mentioned above, when sodium levels are too low, the body reacts by preventing further dilution. In addition to moving water inside the cells, the body prevents any excess water from being consumed through the digestive system. Thus, absorption of water out of the gut is severely restricted, no matter how much the athlete swallows.

The result is a stomach full of water that will not digest. If an athlete is in the process of exercise, this can result in nausea. The extreme headaches caused by the swelling of the brain can also result in stomach discomfort.

The fix: Do not rely entirely on plain water or sports drink, as neither provides a sufficient amount of electrolytes to replace that which is lost through sweat. Instead, consume a concentrated source of electrolytes that will allow the body to begin absorbing water again.

Who is most susceptible

The following people are most susceptible to hyponatremia:

Performance suffers when sodium levels are too low

As an athlete, it can be tempting to avoid neglect electrolyte replacement and instead rely on sports drinks or water alone. However, this can lead to hyponatremia, because neither option provides enough sodium to replace what is lost through sweating.

If you need more scientific proof that electrolytes can enhance athletic performance, consider the results of a 2016 study conducted by researchers at UCJC in Spain, who divided 26 triathletes into two groups. The first group completed a medium-distance triathlon (the distances totaled to approximately a 2K swim, 90K bike and 21K run) consuming sports drink as they usually would, but also consuming SaltStick Caps in order to replace sodium lost through sweat. The second group completed the same distance while consuming sports drink as they usually would, but they received a placebo capsule with no extra sodium.

When the triathletes completed the race, researchers tallied up finishing times and found that the triathletes who consumed the sodium tablets finished in an average of 26 minutes faster. That is a 7 percent decrease in speed! The increase in speed usually came from improved cycling and running times, which come later in the race after electrolyte levels begin to decline.

How to prevent low sodium levels

Proper electrolyte supplementation prior to, and throughout your event, along with appropriate fluid intake, is key to avoiding cramps and performing your best. A balanced supply of absorbable sodium, potassium, calcium and magnesium is your best weapon against cramping. With those electrolytes lost in a 220-63-16-8 ratio for the average athlete, it is in the athlete’s best interest to ensure that replacement of the full spectrum of electrolytes is replaced, and in a form and quantity the body can absorb.

If you want to learn about how SaltStick can help you achieve an optimal replacement of electrolytes lost through sweat, click here.