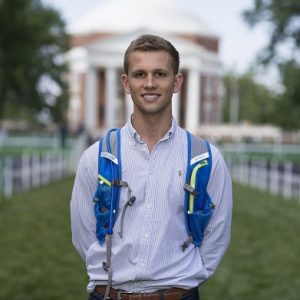 Sam is an endurance athlete born and raised in Norfolk, Virginia. Originally a soccer player who experimented with various other sports during his early years, he did not compete in swimming, cycling, or running at a young age. Sam happened to stumble into endurance sports through exposure from his family and friends, and it has become a central part of his life ever since.

While he competes in several different race types (including road and trail running, triathlon, and obstacle courses), his true passion is simply for endurance and the adventure as well as physical and mental challenges that are inextricably associated with it. After graduating from college in 2016, Sam embarked on a massive feat of endurance he called TriAmerica2016, a 3,906-mile triathlon that he completed in late summer.

Sam currently lives in Manhattan where he enjoys exploring different neighborhoods and parks by way of the many cement trails throughout New York City and looking for inspiration for new events.

“SaltStick is my absolute go-to electrolyte supplement. This past summer I exercised between six and 11 hours for 50 consecutive days. And during those seven weeks, believe it or not, I only experienced major cramping for less than 30 minutes of one day. I attribute the majority of my hydration plan success to the use of SaltStick.”