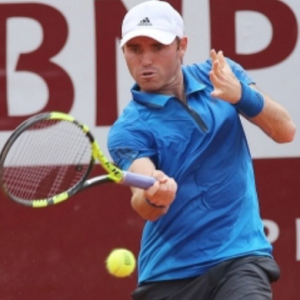 A tennis player since age three, Bjorn Fratangelo has a deep history in the sport. After becoming the second of three Americans to win the French Open in 2011, he earned a spot as no. 2 in the junior rankings. A year later, he turned pro, eventually obtaining a career-high Singles ranking in the top 100, after he won the 2016 French Open Wild Card Challenge.

Originally from Pennsylvania, Bjorn lives and trains in Florida and is most known for his right-handed, two-handed backhand. He is named after Sweden’s tennis legend and former no. 1-world ranked pro Björn Borg.

“When the match gets grueling, SaltStick keeps me hydrated and helps me go the extra distance in the summer heat. Since I’ve started using the product I can really notice the positive impact it’s had on my game on court, and I absolutely love it. It’s the best!”

The one-on-one competition. “You rely on nobody but yourself, and that’s rare in sports,” Bjorn says.